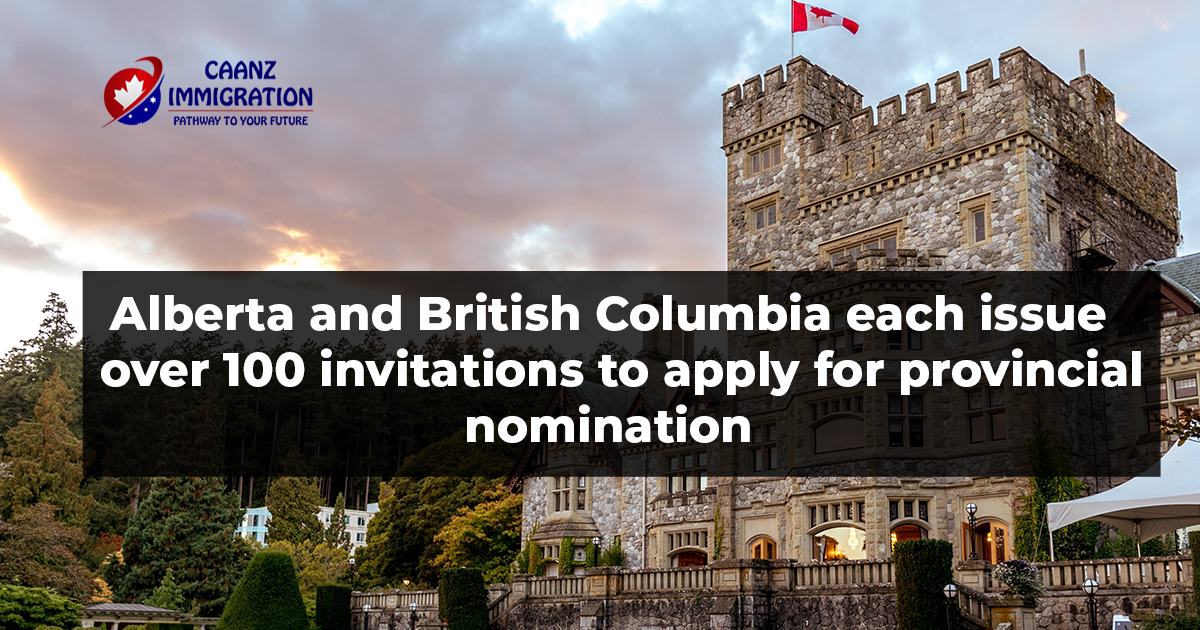 This week, the draw results for the Provincial Nominee Program (PNP) in both Alberta and British Columbia were made public. Almost every province and territory in Canada has its own PCP (save for Quebec and Nunavut). Candidates who show interest in these programmes may receive invitations to submit nomination applications at the provincial level. A mere 400 immigrants were accepted into the PNP when it first opened in 1998; today, more than 80,000 are accepted each and every year thanks to the program’s popularity. The federal and provincial governments of Canada see the PNP as a useful tool for fostering economic growth, which is why applications have increased.

Determine whether or whether you meet the requirements for Canadian immigration. Every other week, applicants are selected in Express Entry drawings. IRCC (Immigration, Refugees, and Citizenship Canada) is restarting all Express Entry lotteries after a long pause. On July 6, the first draw since 2020 took place, and 1,500 Express Entry candidates with a minimum Comprehensive Ranking System (CRS) score of 557 were issued invitations to apply (ITAs) for permanent residency. 2,000 invites were distributed in the last Express Entry lottery on August 3 with a minimum CRS of 533. On July 29, 120 people were invited to apply for provincial nomination through the Express Entry stream of the Alberta Advantage Immigration Program (AAIP). The minimum CRS score for this draw was 473, up from 300 for the previous draw on June 16.

While provincial designation is not the same as permanent residency, it can greatly improve one’s prospects of achieving the latter. If you’re applying for the PNP and have an Express Entry profile, and you get nominated, your CRS score will increase by 600 points. Those who have been nominated by Alberta’s provincial government will have an overall CRS of at least 1073, making it highly likely that they will be issued an ITA by the Immigration, Refugees, and Citizenship Canada. Express Entry pool participants with significant ties to Alberta, such as an immediate family member already residing in the province or a work offer, may be considered for provincial nomination under Alberta’s Express Entry stream. Additionally, they must have an indefinite stay in mind.

The results of this week’s draws for the Provincial Nominee Program (PNP) in Alberta and British Columbia have been made public. With the exception of Quebec and Nunavut, most Canadian provinces and territories manage their own PNPs independently. Candidates who show interest in these programmes may receive invitations to submit nomination applications at the provincial level. When the PNP first opened its doors in 1998, it accepted only 400 immigrants. Today, that number has risen to more than 80,000. The Canadian federal and provincial governments see the PNP as a useful instrument for fostering economic growth, which explains the program’s rising popularity.

Each lottery for Express Entry occurs every two weeks. Express Entry lotteries for all programmes are being held again by Immigration, Refugees, and Citizenship Canada (IRCC) after a lengthy hiatus. On July 6, the first all-program draw since 2020 took place, awarding permanent residency visa invitations to 1,530 Express Entry candidates with a minimum Comprehensive Ranking System (CRS) score of 557. On August 3, 2018, a draw was held for 2,000 Express Entry invites with a minimum CRS of 533.

On July 29th, 120 people were invited to submit for provincial nomination under the Alberta Express Entry Stream as part of the Alberta Advantage Immigration Program (AAIP). The cutoff rating for this draw was 473 on the CRS, up from 300 in the previous draw on June 16th. The prospects of being granted permanent resident status are greatly improved by receiving a provincial nomination, albeit this is not the same as having permanent residency in and of itself. If you’re an Express Entry profile holder and you get nominated for the PNP, your CRS score will increase by 600 points. Those who have been nominated for provincial status in Alberta will now have a minimum total CRS of 1073, greatly increasing their chances of being issued an ITA by IRCC.

Candidates must be in the Express Entry pool and have significant ties to Alberta, such as an offer of employment or an immediate family member already residing in Alberta, in order to be considered for provincial nomination under Alberta’s Express Entry stream. They must also have a long-term commitment to the area. British Columbia’s provincial nomination draw was held on August 3, and this week more than 164 people were asked to apply. The provincial nomination draw for British Columbia usually takes place once each week. No weekly prize pool was distributed this time around. As an alternative, the province encouraged applicants from specific groups to fill specific vacancies in British Columbia’s workforce. In a specialised lottery for high-tech jobs, 133 applicants from the skilled worker and overseas graduate pools were selected. A Skills and Immigration Registration System (SIRS) score of 90 was required of all applicants.

SIRS is similar to the Comprehensive Ranking System (CRS) used by Express Entry, however it is specific to the Provincial Nominee Program (PNP) in British Columbia. In addition, the province sent invites to people in the following professions. The draw on July 26 and these two drawings are similar. Scores of 60 or higher were achieved by 22 early childhood educators and assistants (NOC 4214) and 9 healthcare professionals.

PGWP holders can apply for a new open work permit