Canada is inviting 636 PNP candidates for the next all-program draw through a unique online system called “Express Entry.” 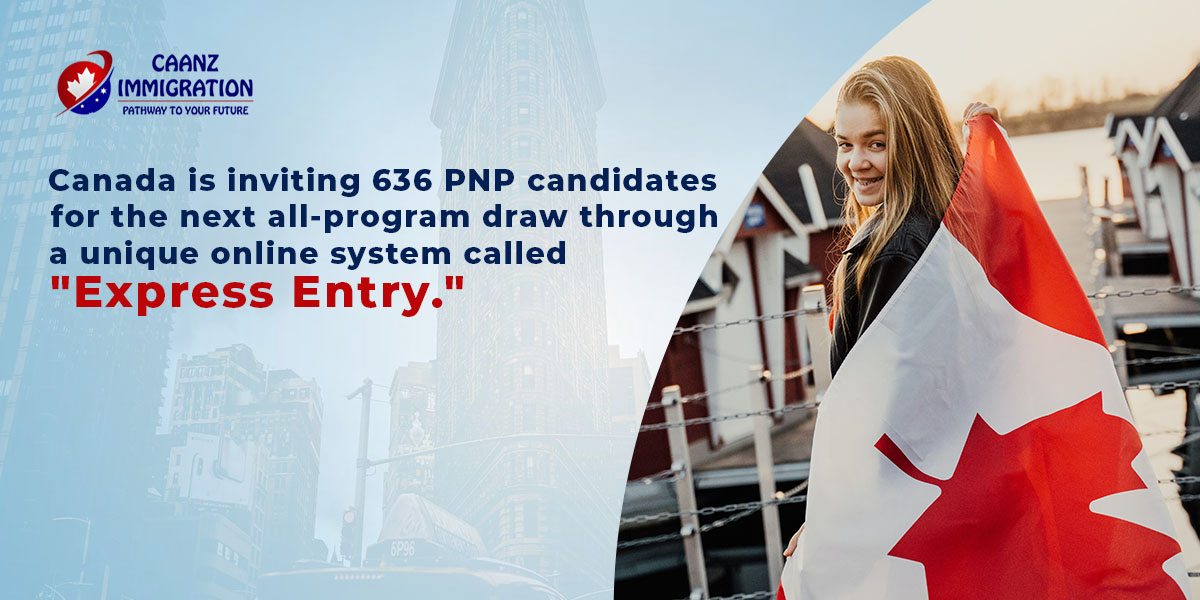 Canada is inviting 636 PNP candidates for the next all-program draw through a unique online system called “Express Entry.”

All of the invited candidates had previously been nominated by a Provincial Nominee Program (PNP) and had a Comprehensive Ranking System (CRS) score of at least 752.

The minimum score was quite high since Express Entry participants who get a provincial nomination receive an automatic 600 point boost to their score. Without the nomination, the lowest-scoring candidates would have had only 152 base points.

Immigration, Refugees and Citizenship Canada (IRCC) invited 932 Express Entry applicants with scores of at least 796 in the previous draw.

Is it possible that this will be the final PNP draw?

Immigration Minister Sean Fraser was interviewed by CIC News at the Collision Conference in Toronto on Monday, when he said that IRCC is “tentatively” considering resuming all-program draws on July 6.

It was said in April that Express Entry invitations for Federal Skilled Worker Program (FSWP) and Canadian Experience Class (CEC) applicants would resume by early July, with no specified date.

IRCC has only conducted draws for PNP applicants since September 2021. To reduce the Express Entry backlog, IRCC has temporarily suspended CEC and FSWP tendencies to decrease the number of applications received in 2019.

Since the announcement, the number of applications in the three Express Entry programs has increased. It is now at 31,603 individuals compared to 40,889 at the end of April.

All-program draws are expected to resume in two weeks, but they may not be the last. IRCC has held PNP-only draws in the past; before the epidemic, they were quite common. The government sees the PNP as critical for promoting economic growth throughout Canada.

Bill C-19 is also progressing through the Canadian Parliament, which will enable IRCC to invite individuals whose profiles match the government’s economic objectives. For example, if there is a labour scarcity in an industry, the government may conduct occupation-specific draws for candidates working in that field. 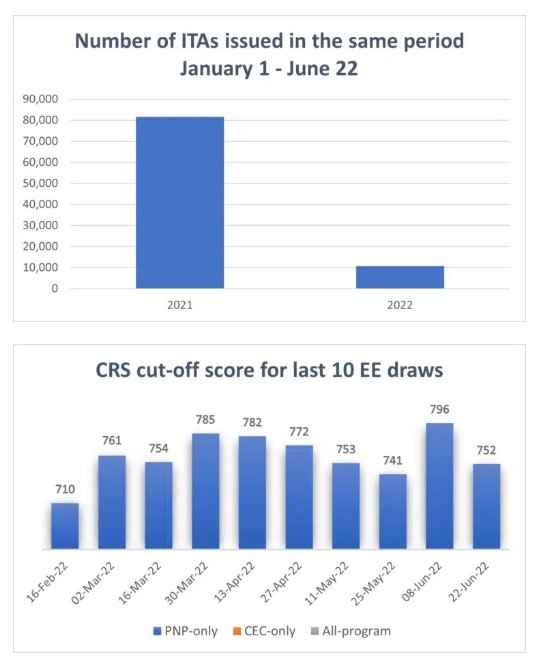 What is Express Entry, and how does it work?

The Comprehensive Ranking System (CRS) is used by Entry after Endorsement to rank candidates’ applications. The top-scoring individuals receive an Invitation to Apply (ITA), which allows them to apply for permanent residency.

After the applicant submits his or her application, an IRCC officer reviews it and makes a decision. The officer will request biometrics and/or schedule an interview.

Approved permanent residents can then finish the landing procedure if the application is granted. They may use pre-arrival services to assist them in making the initial steps of settling in Canada if they are outside of Canada.

Following is a hypothetical scenario of someone who was invited to the new Express Entry draw.

Manjit’s CRS score was 386 when he applied to the Express Entry pool. Manjit just received a provincial nomination. His new CRS score of 986 would have been enough to receive an ITA in the most recent Express Entry draw.

Stay up to date on the latest news from the immigration world in Canada.