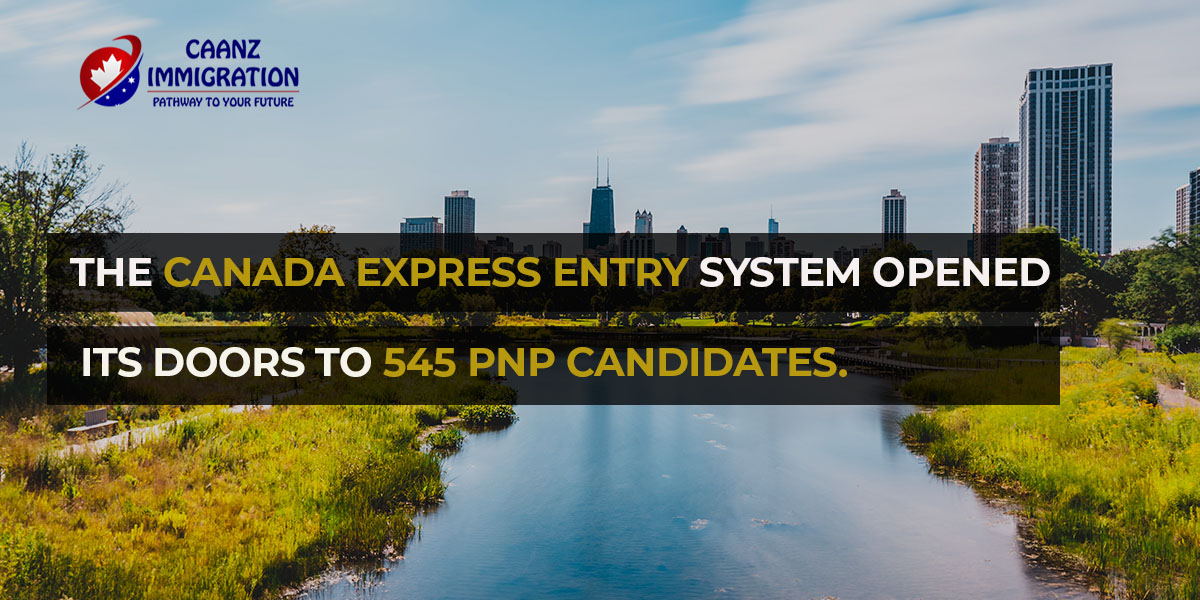 Canada has bi-monthly PNP draws planned for July and will resume FSWP and CEC invites rounds soon after.

On May 11, the Government of Canada invited 545 Express Entry candidates to apply for permanent residency.

All qualified applicants had previously been nominated by the Provincial Nominee Program (PNP) and achieved a Comprehensive Ranking System (CRS) score of at least 753. Because Express Entry applicants receive an automatic 600 points added to their score when they obtain a provincial recommendation, the minimum score was quite high. Without a nomination, the lowest-scoring hopefuls would have had 172 base points.

For this draw, the tie-breaking rule was set for December 15, 2021 at 20:32:57 UTC. Candidates who had submitted their profiles to the Express Entry pool were only invited if they had a lower eligible score than those who did not submit.

In the previous invitation round, Immigration, Refugees and Citizenship Canada (IRCC) invited 829 Pilots with scores of at least 772.

In July, the FSWP and CEC will resume

On April 22, Canada’s Immigration Minister Sean Fraser revealed that invitations to apply for the Federal Skilled Worker Program (FSWP) and Canadian Experience Class (CEC) will resume by early July. At the same time, the Minister stated that he expects most new Express Entry applications to be completed within a six-month service standard.

This is significant news because Express Entry draws for FSWP applicants have been on hold since December 2020, whereas CEC draws have been put on hold since September 2021. The processing times for these programs are also rapidly exceeding the six-month goal. The Government of Canada temporarily halted accepting Express Entry applications in order to clear up the queue and decrease the backlog, which was exacerbated by the epidemic.

At a time when there are nearly one million job vacancies and historically low unemployment rates, it has the effect of decreasing the flow of foreign skilled immigrants to Canada‘s labour market.

Immigration has become more vital in Canada than ever before, and Express Entry is expected to play an important role in Canada’s ability to attract foreign talent and develop its economy again.

According to statistics provided by IRCC at the April 22 news conference, the Express Entry backlog has been reduced nearly half since September 2021, down to 48,000 by March 2022. The number of permanent residence approvals has also risen significantly, leaping from 50,000 annually shortly after the implementation of IRCC in 2016 to 100,000 just a few months later. Between January 1 and March 31, 2022, IRCC approved 156,000 permanent residency applications. 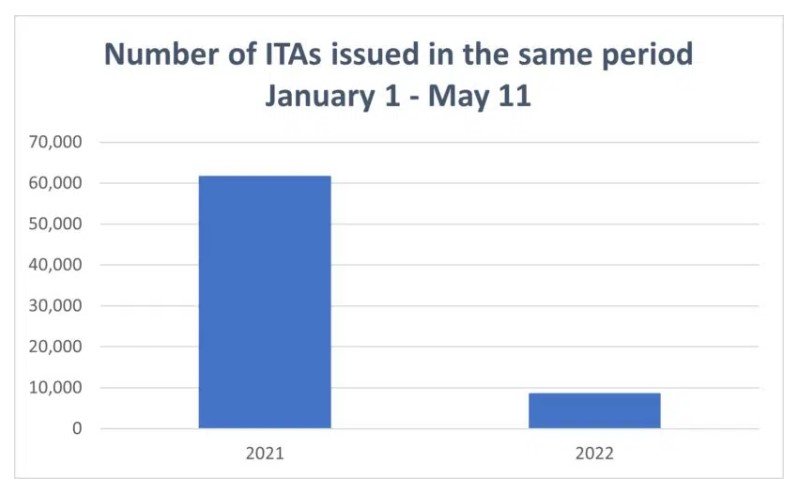 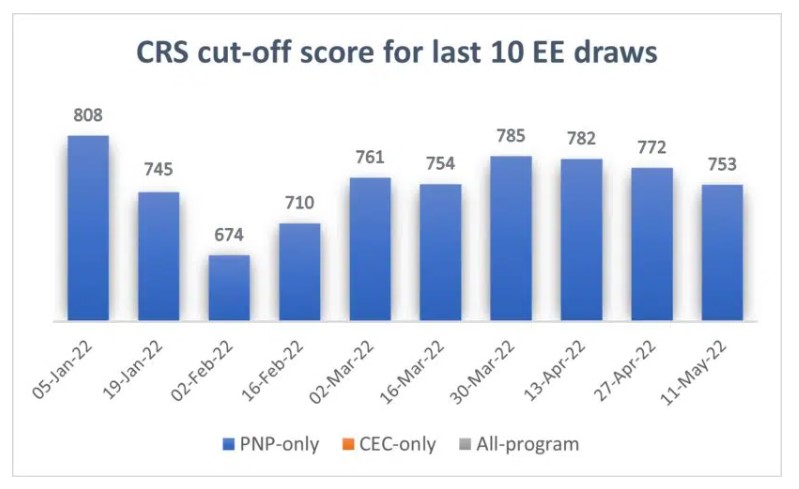 What is Express Entry?

After the application has been submitted, an IRCC officer examines it and makes a decision. The officer will request biometrics and, if necessary, may schedule an interview or ask for additional paperwork.

IRCC provides the foreigner with a Confirmation of Permanent Residence (COPR) after he or she has been granted permanent residency status. Applicants who have been accepted can go through the landing procedure. If they are not a citizen or permanent resident of Canada, they may access pre-arrival services to assist them with the initial phases of settling in the country.

The following is a fictitious example of someone who could have been selected in the new Express Entry draw.

Yesenia is 39 years old, has a bachelor’s degree, and has worked as an information system manager for six years. Yesenia is fluent in English and has never lived or studied in Canada before. She started the Express Entry pool with a CRS score of 386. She obtained an Alberta government nomination through the Express Entry stream recently. Her new CRS score of 986 would have been sufficient to receive an ITA in the new Express Entry draw.

A chance to move towards South Australia!!